Showing posts with the label Poetry
Show All The 146  birthday of iconic Australian author and poet, Henry Lawson is being celebrated today through a mechanism which he could not have even imagined - a Google doodle. A 'drover', some cows and a dusty landscape accompany the Google logo and of course a click through takes internet surfers to a Google search of Henry Lawson. Searching for Henry Lawson is an apt phrase for although achieving some literary peaks - such as in short story collection While the Billy Boils (1896), Jo Wilson and his Mates (1901) and perennial favourites ranging from The Drover's Wife to The Loaded Dog - he was as well known for being restless, erratic and unwell. Many Australian homes will have his collected works somewhere on a bookshelf, the township of Grenfell celebrates his birth there every Queen's Birthday long weekend, and some of his work is re-told to modern audiences such as the recent theatrical performances of The Loaded Dog . Despite the bruising tale of
Post a comment
Read more + comment »

Poetry sculpted from the Living Words of people with dementia 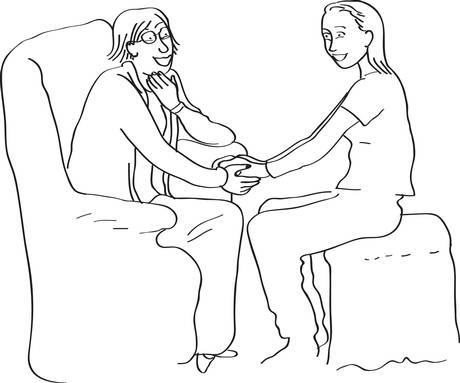 The words of people living with dementia are being turned into poetry by actor and writer Susanna Howard. As part of of program taking place in the UK, Howard develops a trusting relationship with people with dementia and their families before recording their words for poetry. 'Living Words works with individuals who have dementia. Once a relationship is established through active listening, every word spoken is written and recorded,' the Living Words website explains. 'These words are then sculpted in to poems before being put in to individual books. The books are kept with each person and can help further bond the person with their carer and help a relative see the identity of their loved one; who they are now .' The results are described as 'poignant and profoundly emotional' by The Independent. Here are two examples: Number 65 This chair – it’s so dirty feeling I’m not in a running order Where do you go to when you Go out? I keep out of wa
Post a comment
Read more + comment »
More posts