Showing posts from February, 2013
Show All 1. It is situated in history. The majority of the book is set between 1939 and 1942 in Nazi Germany. The fictional town of Molching just outside the city of Munich has in it a Himmel Street, where such despair and love and humani…
Post a comment
Read more + comment »

The amazing books behind this year's Oscar movies 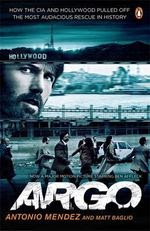 If an original idea is the starting point for a great movie, then one day there may be an Academy Award for Best Book, given how many Oscar-nominated movies are based on books.

Authors often spend years developing an idea that turns into plot, characters and story and even if the book is a best-seller, authors rarely achieve the same acclaim or financial return as is attached to a successful movie. So to redress this imbalance, let's honour the amazing books behind some of this year's Oscar winners and nominees.

Best picture Oscar winner, Argo, is directed by Ben Affleck and tells the true story of a CIA agent who rescues six American caught up in the Iranian revolution in November 1979. Argo is based on events chronicled in Argo: How the CIA and Hollywood Pulled Off the Most Audacious Rescue in History by Antonio Mendez and Matt Baglio. Mendez is the CIA central to the film and his re-telling of the events was published in October 2012. He was written two previous spy-books,…
Post a comment
Read more + comment » 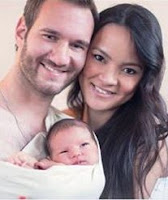 Bestselling author Nick Vujicic, known across the globe as the man with no arms and legs who defies this disability to limit him, is celebrating another milestone in becoming a father.

Nick has kept fans up to date on the arrival of he wife Kanae first child through his Facebook page.

His most recent Facebook post shows little Kiyoshi held tight to Nick's chest in a sling with the proud father writing: 'Dream come true. Holding my Baby Boy Kiyoshi. Amazing grace and gift from God. Love you all so much. Thank you for your showers of prayer.'

Nick is the author of  Life Without Limits: Inspiration for a Ridiculously Good Life  and his current bestseller, Unstoppable. | Click covers to buy now |

Nick is also a motivational speaker and the director of the non-profit organisation Life Without Limbs. He has become a great inspiration to people around the world, regularl…
Post a comment
Read more + comment »

Is reading really about believing?

February 23, 2013
When forming beliefs and ideas are you more influenced by a powerful story or compelling facts and information?

Shortly Cread will publish a joint review of José Saramago’s Cain (2010), alongside William Paul Young's Cross Roads (2012) and compare their use of narrative fiction to declare a view of God.

They employ radically different forms matched by the divergence of the 'message' they convey. But is one more successful than the other in influencing, moving or informing readers? Or is that even the goal?

One of the great dangers of fiction writing is 'telling' rather than 'showing' and books that seek to communicate a pre-determined message are particularly vulnerable. Which is not to say that most authors do not intend to communicate values to their readers.

The reality is that, even sub-consciously, authors fill their novels with their values and beliefs, carrying them along in their characters and plots. Perhaps the more sub-conscious this is, the more…
Post a comment
Read more + comment » 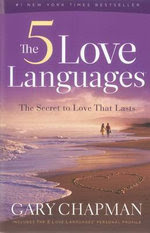 Many Australian Christian readers will have first read The 5 Love Languages many years ago and by now have moved through various sequels.

The basic premise of the book is that each person gives and receives love in a different way, and so can be best reached by the love of another if they use the best 'love language'. Author Dr Gary Chapman has conveniently grouped the languages into five main areas. Given the general mysteriousness of love, readers have been snapping up the book for years, looking for answers. (click the cover to buy now >>)

But, according to Publishers Weekly,  that hasn't stopped a selling frenzy now that took the title to the number two position on Amazon this month, thanks to the 'Oprah Effect', years after it first became a New York Times bestseller.

Author Dr Gary Chapman appeared on Oprah's Lifeclass on February 10 and 11 during which Oprah took the love languages quiz to discover her preferred love language. Watch how that turne…
Post a comment
Read more + comment »

Books about visiting heaven are bestsellers 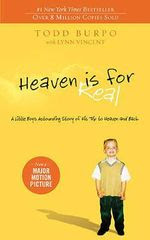 Fascination with heaven and the afterlife is influencing book sales with three books that tell the story of people who die, visit heaven and return to their lives on earth, showing strongly on USA Today’s best-seller list.

According to a report in Charisma Magazine, Heaven Is for Real: A Little Boy’s Astounding Story of His Trip to Heaven and Back, the Rev Todd Burpo’s 2010 tale of his 'son’s round trip to the Pearly Gates', has sold more than 7.5 million copies after 22 printings. It has been on USA Today’s best-seller list for 111 weeks and reached No. 1 eight times in 2011. It’s now No. 94.
(Buy now - click cover  >>)

Joining it more recently, Charisma says, is the story of Eben Alexander, a Harvard neurosurgeon who was in a coma for seven days in 2008. He encounters an angelic being who guides him into the 'deepest realms of super-physical existence.' His Proof of Heaven: A Neurosurgeon’s Journey Into the Afterlife, published last year, peaked at No 4 i…
Post a comment
Read more + comment »

Women entertain angels in the midst of 9-11, Ash Wednesday fires 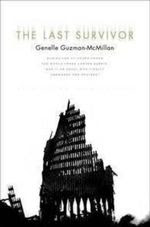 Two women who have been through the most horrific events of our time have written of the comfort and aid brought by angels during periods of suffering.

Genelle Guzman was the last person rescued from Ground Zero after the September 1, 2001 terrorist attack on the World Trade Centre and tells her story in Angel in the Rubble.

Ann Fogarty is one of few people to survive the seriousness of burns she received while protecting her children from the Ash Wednesday fires in 1983 and she tells her story in the new book, Forged with Flames.

As scepticism often greets accounts of people coming through near death experiences and saying they went to heaven (or hell), so too no doubt many will be tempted to write-off accounts of angels from women suffering extreme trauma.

But these are strong survivors who have told their stories in detail some time after the events, very differently, but with similar degrees of certainty. It may come down to your beliefs about spiritual reality...
Mysterious Paul …
Post a comment
Read more + comment » 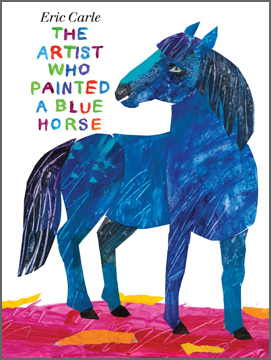 The Very Hungry Caterpillar author Eric Carle will release his 68th book, Friends, later this year and The Huffington Post is reporting an exclusive look at the cover.
Meanwhile, Eric Carle's colourful and sprightly blog continues to feature his current book, The Artist Who Painted A Blue Horse, which is "an homage to the Expressionist painter Franz Marc. In WW11 Germany, my high school teacher Herr Krauss introduced me to abstract and Expressionist art during a time when works such as these had been banned. he so-called “degenerate art,” paintings of modern and expressionistic art my teacher showed me were unlike anything I had been exposed to before. And really this experience changed my life, though I didn't know it at the time."

Regarding the upcoming book, Friends, by the 83-year-old author, a Penguin media statement says it is about:
"...the love that binds people and the obstacles they will overcome in order to be together... Friends dates back to 1952…
Post a comment
Read more + comment » 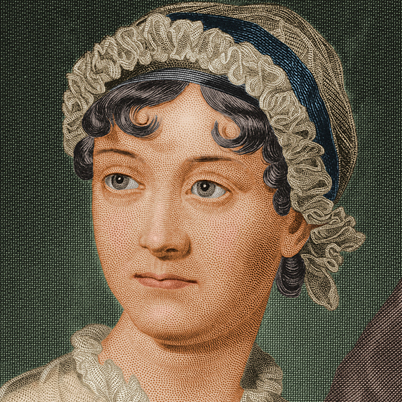 'Jane Austen was my first experience of grown-up literature. But as I read and re-read her books, I began to become aware that if I’d been living at the time, I wouldn’t have got to go to the ball; I would have been stuck at home with the sewing. Just a few generations back, my family were in service. Aware of that English class thing, Pride and Prejudice begins to read a little differently.'

Author Jo Baker explains her motivation for writing Longbourn*, a novel  to be published later this year that tells Pride and Prejudice from the servants point of view, giving it a resonance with Downtown Abbey

'While Longbourn brings to life a different side of the world Austen first created, I was impressed even more by the way this novel stands as a transporting, fully realised work of fiction in its own right,' Diane Coglianese, an editor at publisher Alfred K Knopf, said in a statement.

Alfred A. Knopf is the flagship imprint of the Knopf Doubleday Publishing Group, which is…
1 comment
Read more + comment »

It is a well-written book that ensures not only the compelling action scenes, but also the ebb and flow of an entire life, are engaging and fulfillin…
1 comment
Read more + comment »

"This is indeed a work of fiction, and more so than usual." So begins an 'Author's Note' at the end of John Grisham's latest bestseller, The Racketeer.

Grisham goes on to say that 'Research, hardly a priority, was rarely called upon. Accuracy was not deemed crucial. Long paragraphs of fiction were used to avoid looking up facts."

It's an unusual dsiclaimer for a writer of fiction - surely we expect them to make things up - and it is hard to tell if it is an attempt to distant the book from any accidental brushes with reality or a sign of a tiring author.

Grisham has made his name with tightly written, believable legal fiction which poses possible or even probable legal twists, corruptions, disasters and mysteries.

The Racketeer is in the same vein and will be enjoyed by fans, although probably not as much as some of his better books, such as The Runaway Jury.

New book about Hitler a bestseller in Germany

Er Ist Wieder Da (He's Back) - a comedy about Adolf Hitler returning to Berlin in the summer of 2011 - is topping bestseller lists but creating controversy in Germany and soon the world no doubt with translations coming in more than 15 languages.

Author Timur Vermes, defending his book against criticism that Germans too often absolve themselves by blaming Hitler for everything, says this is why he wrote the book.

"Often, we tell ourselves that if a new Hitler came along, it would be easy to stop him. I tried to show the opposite – that even today, Hitler might be successful. Just in a different way.”

"To present him as a monster is to call those who voted for him idiots. And that reassures us. We tell ourselves that today we are smarter. We would never elect a monster or a clown. But at the time, people where just as smart as us – this is what is so painful."

Many Germans, including book critics, are enjoying the humour of Er Ist Wieder Da.