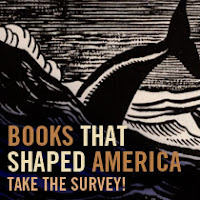 You would not be surprised to find Catcher in the Rye, Gone with the Wind, Huckleberry Finn or even Catch 22 on a definitive list of books that shaped America but the "Big Book" of Alcoholic's Anonymous would probably not have easily come to mind.

The Books that Shaped America list was developed by the US Library of Congress for an on-site exhibition it is holding as part of its multi-year "Celebration of the Book".

Alcoholics Anonymous, on reflection a very apt choice considering the devastation of addiction in US (and human) existence, was written by co-founders Bill Wilson and Dr Bob Smith to help people recover from alcoholism. It has spawned many other 12-step programs but they all can be traced to the original inspiration for Wilson and Smith - the Beatitudes of Jesus Christ recorded in Matthew 5.

Other interesting inclusions Christopher Colles' A Survey of the Roads of the United States of America (1789) and Amelia Simmons' American Cookery (1796), which apart from including native American ingredients, has the first recorded recipe for the famous Pumpkin Pie.

And yes, The Great Gatsby, Grapes of Wrath and In Cold Blood are all there but the real curiosity, is what book is missing that you believe absolutely should have been included?

Meanwhile, has anyone attempted a definitive The Books that Shaped Australia and no, the form guide doesn't count...
Books Fiction Library Lists Non-Fiction