Book launches everywhere so set aside some time to read! Food, social media, grief and more

August 23, 2012
It's book launchin' season - books are being launched willy-nilly with Father's Day closing in and Christmas only 123 sleeps away - so here's a few to look out for.

MasterChef 2011 contestant Billy Law has – would you believe – written a cookbook. Have You Eaten? will hit book stores on September 1. Billy is a food-blogger at atablefortwo.com, where he details a competition and a couple of events surrounding the book's launch. Check it out at A Table for Two .

Mistaken Identity: The Trials of Joe Windred by Stephen Dando-Collins launches tomorrow. The book details the adventures of bush identity Joe Windred, from twice being mistaken for a bushranger to becoming Orange City mayor while technically still a fugitive from American justice. The book is being launched at Orange Library tomorrow. 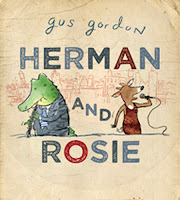 Herman and Rosie by Gus Gordon became available yesterday. “Set in New York, this gorgeous picture book by Gus Gordon is a story about friendship, life in the big city, and following your dreams” (as Penguin puts it). Gus Gordon will be launching Herman and Roise with a reading and discussion of its art and inspiration at his favourite bookshops in Brisbane, Melbourne and Sydney, starting with Riverbend Books in Brisbane on August 28.

The Rise of the Fifth Estate: Social Media and Blogging in Australian Politics by Greg Jericho will be launched in Canberra on August 30. Supposedly this is the first book to examine social media as a force in Aussie politics. Click here for more information on the book and launch.

Last week Shearer's Bookshop, Leichhardt hosted a book launch for the children's book The Wattle Tree written by John Bell and illustrated by Ben Wood. These two young blokes both recently lost grandparents, and John, who remembers fondly the enormous frangipani in his grandfather's front garden, thought to write a story around a tree. In this way the children's book deals with the grieving process.
Book launch Books Bookshop