Book review: The Daughters of Mars

August 25, 2012
I began reading Thomas Keneally's The Daughters of Mars while travelling in Europe, a deliberate plan to bring alive both the landscape and text.

In a very Australian way, this is one of the attractions of the many world war books that we consume - they reflect back to us the experiences our parents and grandparents and our own pilgrimages to those distant shores. 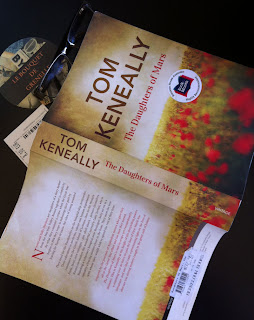 Just as sisters Sally and Naomi Durance walk the narrow streets of Rouen, wondering at the cathedral and the place where Joan was martyred, or travel to Paris through Gare du Nord, or feel afraid in Amiens, so too countless Australians will be instantly drawn back to their own moments in these locations. And all the more along the shores of Gallipoli where the sisters from the Macleay Valley, NSW, begin their WWI nursing services on the hospital ship Archimedes.

It's not just a tourist's "I've been there", it's more the feeling that we share a common legacy and longing in these far-from-home destinations and books such as Daughters add detail to our sense of honour and connection.

Writing and reading WWI history, whether fictionalised accounts from historical records such as Keneally has masterfully created here, or the non-fiction accounts that come out every Anzac Day, are part of a national pastime, strongly linked to the increasing phenomenon of travel to the icons of our past. There are many of these, with Gallipoli to the fore, but the small towns and green fields of what was the Western Front in France are increasingly our destination.

Still, the story must be told and told well to be a book that people read and while detailed diaries of nurses involved in voluntary hospitals and front-line casualty clearing stations might appeal briefly, Keneally has made these names from history living, breathing people who we care about. The fact that we see ourselves in their leave visits to Egyptian, French or English landmarks only adds to the allure.

Having said that, the text does seem slightly manipulated to include sub-themes of more relevance to 21st century readers than those living at the start of the 20th, but perhaps that's what good writers do - engage us in the present with the stories of the past. 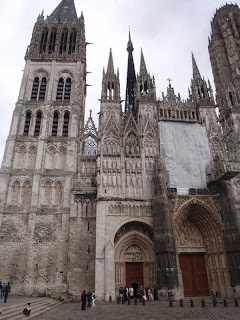 And at times, particularly early on, Keneally's rhythm seems staccato or even machine-gun like, as if he's inhaled Hemingway and his plan is simply to overwhelm us with the minutia of others' lives. But writer, and no doubt reader, both settle into a more easy understanding of the material and are lost in the lives of Sally, Naomi, Mitchie, Freud, Honora and a remarkably long list of others.

Perhaps as much as anything we are immersed in the often silent suffering and horrific wounding of all kinds, of the cast of thousands, the undead and very dead of WWI. It is almost a medical novel in some ways.

My grandfather arrived in Egypt bound for Gallipoli which closed too soon for him and he ended up dragging horses to the frontline with their loads of ammunition. His war records show many of the locations and battles which are the foreground and backdrop of Keneally's Daughters of Mars.

My great uncle followed his brother and arrived in time to see first hand some of words whispered to nurses by Keneally's tides of wounded, small town battle grounds too numerous to list here. One which did not get too much of a mention in this book, Villers Bretonneux, was where he was blown to pieces, never to be recovered. Keneally describes this awful impact of artillery shockingly well on several occasions and so these descriptions fill the void of my own understanding.

You can see why we will continue to write, read and 'travel' books like The Daughters of Mars. The stories are in our families, the places are as moving to us as a reflective visit to a country cemetery, and we will continue to appreciated writers who help us wrestle with the generational loss that lives on.

Keneally thanks his supporters and acknowledges that some believed more in this manuscript than he did. The role of ascribes his wife as editor of first importance and the assistance of relative doctors highlight that while writing is solitary, it is so only in part and we are wise to know how others can help.