Five Mile Press, an Australian publisher now owned by Swedish media company, Bonnier AB, is making the most of Father's Day with some well targeted titles in Australia Post stores.

A range of newly released books such as Wild Colonial Boys and Off The Track and other anthologies are carefully positioned (in some POs at least) next to the counter queue. 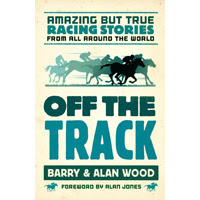 As men are notoriously hard to buy for and it is their book-loving wives or mother's most likely scratching their heads as to what to get for the bloke in their lives, more than a few of these 'blokey' but beaut books are likely to walk out the door.