Who's reviewing what around the globe: Creview

August 21, 2012
Creview is a weekly feature on Cread that will provide a quick summary of what literary and book sections from leading mastheads around the globe are reviewing each week – a collative exercise in reviewing the reviewer.

This week it's The Sydney Morning Herald, The Guardian and The New York Times.

Love Shy by Lili Wilkinson, published April 1, was reviewed by Aleesah Darlison of the SMH with the review little more than a synopsis of the protagonist's journey of self-discovery and a thumbs up from the reviewer. 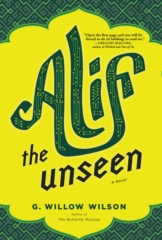 Also from the SMH, novelist Paul Auster's autobiography Winter Journal was reviewed by Thornton McCamish, who tells us that, “exactly who Auster is turns out to have very little to do with his career as a celebrated novelist and nothing to do with nostalgia.” Interesting to note: while this book got the attention of SMH on the weekend, where it was painted in a positive light, J Robert Lennon of The Guardian reviewed it last Wednesday and considered it a “let down”.

Alif the Unseen by G Willow Wilson was reviewed by James Bradley of SMH, who highlights its “explicitly religious subtext”, observing that it addresses the literalness of many Muslim cultures, and quoting this from the novel: “Superstition is thriving. Pedantry is thriving. Sectarianism is thriving. Belief is dying out.”

Changing hemispheres, Tigers in Red Weather by Liza Klaussmann was reviewed by The Guardian's Anna Baddeley who describes this 1950s murder mystery set in New England thus: “The result does occasionally read like 'Desperate Housewives' transported to East Egg, with a bit of 'Mad Men' chucked in.” Interestingly, two out of three references used to situate our concept of the book are of TV shows.

Anthony Cummins of The Guardian reviewed The Islands by Carlos Gamerro. Ian Barnett in collaboration with Gamerro translated the novel into English, allowing Cummins his read of the “surreal horror and rampant bad taste” the book - he says - delivers. Cummins describes it also as ultra-violent, weird and wonderful, and thinks it may be a caustic satire on nationalism.

What Dies in Summer by Tom Wright was reviewed by Julie Myerson of the NYT, who thinks it a case of style conflicting content and a story lacking focus. The novel is a crime story of “an extremely strange brew: a mix of the fey, the fairy tale, the occasionally corny and the unspeakably grim.”

For those who like lists, here's an overview of recent reviews from today's featured newspapers:

Finding her true self in all the wrong places - Love Shy by Lili Wilkinson reviewed by Aleesah Darlison.

On the threshold of life's last act - Winter Journal by Paul Auster reviewed by Thornton McCamish.

The Islands by Carlos Gamerro – review by Anthony Cummins.

Come to the Edge by Joanna Kavenna – review by Kate Kellaway

Working 9 to 12 - How Much Is Enough? by Robert Skidelsky and Edward Skidelsky review by Richard A Posner.