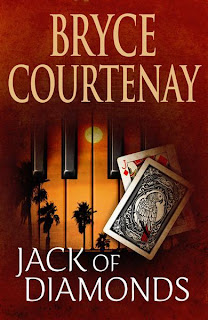 A new Bryce Courtenay novel and writing masterclass have taken special significance after the celebrated author's revelation last week that he may only have months to live.

The South African born Australian made public the news that he is suffering from terminal gastric cancer  in an interview with Channel 9's A Current Affair.

Courtenay told Tracy Grimshaw that his novel Jack of Diamonds – to be released in November this year – will be his last. He also discussed the impact of his prognosis on his own state of mind and that of his family.

The sometimes controversial Courtenay has written 21 books in his impressive career, but when asked what he was most proud of his answer was “having a family.” He also gave some insight into his writing and critics' claims he had not always been straight-forward with the facts of his own life.

It is described as Courtenay's final hands on workshop where he will respond to the needs and interests of participants as well as cover topics such as creating a fictional character and narrative technique. Click here for registrations.