September 07, 2012
The Brisbane Writers Festival got off to a controversial start with guest speaker Germaine Greer saying that, “The ABS reports that 47 per cent of Queenslanders cannot read a newspaper, follow a recipe, make sense of time tables or understand instructions on a medicine bottle.” 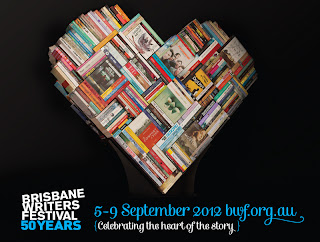 She argued that a "good time" could not be had at a writers festival with such statistics being an underlying truth.

Apparently Greer misrepresented the ABS' findings - according to State Library of Queensland representative Jane Cowell. But she certainly got the job done of getting BWF on the national agenda, if briefly, by being the "provocative discussion-starter" that the festival's director Jane O'Hara had wanted.

Greer's comments have, not surprisingly, upset a lot of people (mainly Queenslanders), but there is a serious side. Concerns have been raised that her comments only deepen the shame for people who do have literacy problems.

Author Nick Earls, however, while admitting he would never handle the discussion of these literacy figures quite so brazenly, thinks that Greer's bringing this problem to light was the right thing to do.

"In terms of raising this statistic as a problem, I think we should do that any time we can," Earls told the SMH.

But comments that may play on the minds of BWF participants are Greer's belief that its promotion of local authors is "embarrassing" and the the festival is "worthy", but not fun.

The festival continues regardless, with children (Greer says this too is a no-no) involved today reportedly having a great deal of fun and perhaps growing in their love of reading...

BWF wraps up on September 9 and is being held in and around Brisbane's Cultural Precinct as well as Brisbane Powerhouse. There are several Aussie writers in attendance, with workshops and master-classes throughout the day. Click here for details.
Books Germaine Greer Writers Festival Writing