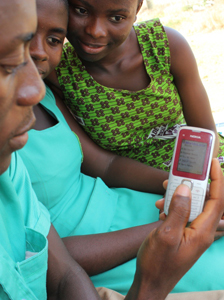 While visiting a remote village in the central mountainous region of Bali that could only be reached by foot and hair-raising motorbike ride, the presence of two things surprised me.

In a place where there was no running water, sewerage, electricity or proper roads, we visited a substantial Christian church built of concrete and tiles on the side of a mountain. And among the baskets of chillies and other crops being prepared for market, young people were fiddling with their mobile phones.

This picture - of the phone use at least - is repeated across the developing world where cheaper, basic phones such as per-paid Samsungs, Nokias and Blackberries are prolific and now a new book reading app has been developed to bring free books to these millions of 'feature phones'.

CEO of Worldreader Mobile is Dave Risher, a former Amazon executive, who founded the no-profit organisation with a colleague, Colin McElwee, in 2010, after Risher spent time volunteering in an Ecuadorian orphanage. 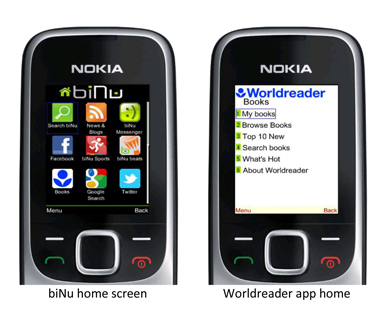 After initially donating kindles, it moved on to the phone app in the belief that providing highly compressed, low data use books would improve literacy and education. There are about 20,000 titles already available.

Risher told Forbes, “I think the single biggest thing that will get more people reading is putting more books on there. Everything form the Bible and Koran, to romance novels.

“It’s this classic case where the free market isn’t going to solve this problem on its own. Books don’t cost much, they’re heavy, they go out of date. I’ve gone to Ghana and on the shelf of a school there I’ll see a book on the history of Utah. It’s not only easier to get a cell phone, the books that do arrive are often completely irrelevant.”