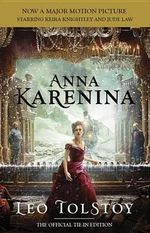 Described as the best novel ever written by several authors and critics, Anna Karenina by Leo Tolstoy feels at times like a remarkably contemporary story dealing as it does with illicit affairs, frustrations with bureaucracy, the shallowness of popular culture and the struggle between reason and faith.

Yes, there is a love story, or two, woven through the story and the compelling attraction of Alexis Vronsky and Anna Karenina is masterfully drawn and surprisingly intimate despite the dominance of manners and 19th century propriety.

So too the love lost, love regained relationship of Levin and Kitty which, unlike the tense and tragic dilemma faced by the scandalous adulterers, ends in a picture of relative domestic bliss.

But if you have put off reading this book because you think it is a Russian romance novel then it's time to load it on to your iphone like I did and add it to your list of reading accomplishments.

It has earned the respect of readers and writers over the centuries because of the beautiful depiction of life that is not just Russian, but beyond the gowns, uniforms and lengthy names, is a vivid picture of us all.

One example is the remarkable episode which is the death of Levin's brother that certainly carries the imprint of eyewitness, and stands as a powerfully emotive telling of a family gathered for the drawn-out final days of a loved one.

It could easily serve as case study for palliative care as Kitty steps in and, putting aside fear of death and dying, works something beautiful, at least for while, amidst the grimness of death.

The outlining of contemporary political and class concerns, while some what removed from our own day, still highlights the separation between the haves and the have nots, the struggle of society to ward of wastefulness and foolishness of process and the simple struggle to retain meanginfulness in the face of absurdity.

One of the most interesting journeys of this novel is the spiritual accumulation of Levin, who is possibly the most autobigraphical character in the book, although Oblonsky may share a piece of that action.

Quietly, well into the novel, when we've already learned a lot about the insecure, non-conformist and  righteous Levin, we see that he is modern man of reason, and not of faith, and can only just bare to observe some religious duties because of his all-consuming love for Kitty.

But he finds at various times, such as the death of his brother and the birth of his son, that he slips easily into prayer and a sense of faith, and of course he is too honest to write this off as just the emotion of the moment.

In fact the climax of the novel is not so much to do with Anna Karenina, although there is a compelling culmination there too, but it is the inner revelation of private faith in God won by Levin, sparked by a simple encounter with a peasant and the realisation of the miracle of goodness that exists in people, despite... everything. 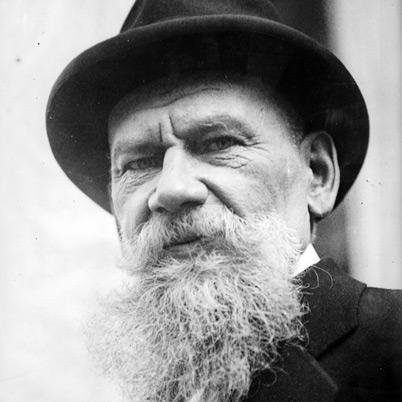 I have had many conversations with my contemporaries about how we balance or make sense of  reason and faith, science and belief, the problems of suffering and evil and the wonder of good and graciousness. Tolstoy shows us that since the dawn of modernity, or much longer, and through to our own days, this inner conversation exists.

Our greatest danger is tha the noise of our own time, which is not so much the experience of 19th century Russia, tends to drown out this conversation and so we assume it has ended. Tolstoy and his great novel may remind us it hasn't.