Although Jane Austen may be known as a writer who cut through the veil of manners that surrounded English landed gentry, she was still a woman of her time and is unlikely to have ever imagined a book such as Jo Baker has written.

Longbourn covers the same set of events as Pride and Prejudice but from a firmly 'downstairs' perspective - although we should also include the attic where the servants seem to sleep.

Mr and Mrs Bennet and their five daughters are still recognisable, as are their balls, dinners and rendezvous with numerous gentlemen or soldiers of slowly determined character.

Getting wet and having a fever, being too slow to show your interest in a visiting clergyman, or too feisty to receive his offer, are all unfolded in Longbourn along with occasional glimpses of Mr Bingley, Mr Darcy and more detailed interaction with the constantly menacing - from the servant's perspective - Mr Wickham.

But this is much more than a retelling of Pride and Prejudice, although it capitalises on that book's renown and draws from its structure.

It is in fact a moving picturing of life for the class beneath, where work is bruisingly hard, others are served simply because of the chance of birth and where dreams seem always to be just out of reach.

It is hard to say if it is and entirely accurate depiction of life for the servant-class of the late 18th century, although the careful detail and beautifully sculptured descriptions of everything from carrying chamber pots to the necessary room and polishing spoons on a corner of a shirt certainly transport the reader to a place of great genuineness. 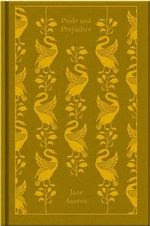 Is there a modern-day lens applied? A touch of socialism or romantic individualism that somehow spices up the lives of Mr and Mrs Hill, Sarah, Polly, James and the other mostly nameless servants we meet?

These questions are only asked if the purpose of the book is some kind of counter-punch to Pride and Prejudice and of course it is in a sense. Would it receive as much attention if it could not be linked to that tale?

But in reality it is eminently readable in its own right - and this is from someone who has visited Jane' Austen's house but not read Pride and Prejudice since high school (although I have just reviewed Anna Karenina).

Beautifully descriptive, full of sympathetic yet complex characters, with enough mystery to be compelling and with judicious use of interaction with the other book, Longbourn should be considered by lovers of Jane Austen and those who have never read her.


Hope you enjoyed our book review of Longbourn