August 07, 2018
Fifteen-year-old Jaxie urgently flees his motherless home and what is left of his abusive father, taking his chances on foot in the vast and desolate West Australian desert, hoping for the solace of an unlikely reunion with the girl he loves. 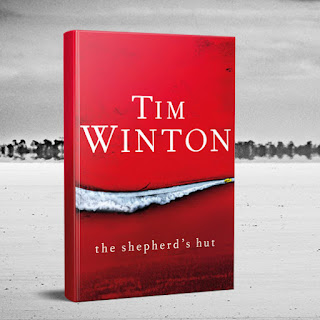 With the undaunted, brutalised but majestic voice of a teenager on a desperate journey and the dust-in-your-eyes realism of Tim Winton's landscapes, there comes a god, not so much in the machine, but in an unlikely hut on the edge of seemingly endless salt plains.

Is the hut's occupant Fintan MacGillas saviour, or anti-saviour, we are not quite sure, and similarly unconvinced is Jaxie who reluctantly accepts sustenance but only after anger and threats and a degree of ongoing suspicion.

It turns out MacGillas is a banished priest and Jaxie perhaps not unfairly assumes incorrectly he must be a pedophile but with the relentless terrain a merciless (or merciful) leveller, a steady truce and growing companionship come to carry the story forward.

Winton identifies as a Christian, and some reviewers have identified a parable at the heart of the story which soon picks up pace as some menacing neighbours are discovered, mistakes are made and life and death hang in the balance.

It is a a parable Jesus might have told, taking the characters most likely to both shock and resonate with his audience, but turning things on their head, and leaving us to figure it out, if we choose, or just to enjoy the story.

Of course if there is parable, and I think there is, it is told with swear words and craggy rocks and growing suspense and the unlikely camaraderie of an unconfessing priest and a huck-finnish lost boy who remembers his mother and dreams of his childhood sweetheart.

Could it be that this is the story of a desert Messiah, rejected by religion, tested in the wilderness, covered in scapegoat blood, mysterious in origin, who provides haven for the lost, vulnerable and unprotected (but steely and dignified) pilgrim or prodigal? Is it that this milk-crate sitting, baggy-arsed short wearing holy man, when he finds himself threatened by all that is wrong with this world, is the one to...

But parables are better left unexplained and endings are best left unrevealed. And if you read it and find no parable you will be no less rich for your time spent in another exceptional story from one of Australia's best.
Australian writers Book Review Novel

Book review: I Am Pilgrim by Terry Hayes

Receiving the kindle version of I Am Pilgrim as part of a bloggers book tour, I settled into read the novel without researching the author or any broader publicity for the book. The brief blurb I had read set it up as interesting thriller and to be honest, I wasn't even aware the author was Australian although references through the book, such as Dr Sydney, convinced me this was the case. After turning the last page (or more accurately tapping the last screen) I read the book's credits and was impressed with Terry Hayes lengthy and stellar career as a journalist and screen writer which, by then, fitted well with my admiration for his first novel. (click cover to purchase) I Am Pilgrim starts at a suitably rapid pace with a shocking crime scene, steamy sex references, fast-talking New York cops and a mysterious, intelligent, brooding figure from whose eyes the story is told. Briefly I was worried it was going to be a trashy tale of blood and guts and tits and guns but
Read more + comment »