Book review in brief: The Narrow Road to the Deep North by Richard Flanagan

July 13, 2014
For an Australian author like Richard Flanagan, there is material enough for a great novel just telling of the lives and suffering of Australian prisoners of war during World War 2.  Even more so considering his father was just such a prisoner on the Burma railway, something Flanagan speaks of 'imbibing' while growing up. 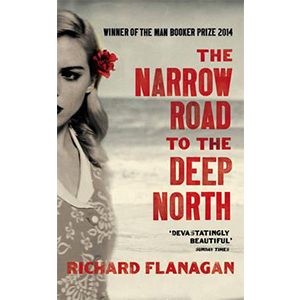 Instead he settles for a broader and more difficult panorama. Alongside the adept before and after descriptions of Australian soldiers - of love affairs and guilty confusion - we are also taken into the minds of Japanese officers and Korean soldiers and dystopian post-nuclear Japan.

Somehow it all rings as true as his depictions of Melbourne society and Tasmanian poverty. The heat of Adelaide is pitched against the humidity of Siam and the unresolved heroics of an Australian surgeon against the inconclusive brutality of Japanese prison commander.

It is not a triumphant book or a cheery one, and it offers little hope except that sometimes people survive, despite all that they go through, and some don't.

One or two sections lift above this determined (and understandable) nihilism - a scene of diggers repentantly dining on fish and chips with a grieving but generous Italian immigrant. A father setting aside his ambivalence for heroism, as he had done previously in the jungle, and rescuing his wife and children from the madness of a bushfire.

But an easy hope is a fake one and that is far away from what Flanagan seeks to achieve in The Narrow Road to the Deep North. There are no living gods in Flanagan's war and post-war and that must have been the feeling of many, but not all, who lived and died or lived and lived.

For an extended interview with Richard Flanagan about The Narrow Road to the Deep North, visit The Monthly.