Showing posts with the label Storify
Show All

[ ] Twitter reviews The Casual Vacancy JK Rowling's The Casual Vacancy released last month was one of the most awaited novels of recent time. But what is the world's verdict on the adult novel from the author of Harry Potter? Rather than read 10 million reviews, let's keep comments to about... say... 140 characters? Storified by Cread · Thu, Oct 18 2012 04:50:32 J.K. ROWLING " The Casual Vacancy " http://pic.twitter.com/9HIeTW3D← o bruxinhoo Rather enjoyed The Casual Vacancy, in a gentle, guilty way. Like Joanna Trollope crossed with Jonathan CoeJustine Jordan That's one for TCV. I just finished reading The Casual Vacancy. I feel so empty now but at the same time I need a new book to read #bookwormproblemsMaryah Not sure if that's for or against. I bought The Casual Vacancy :) And I'm liking it so far...JessicaCamicaWood ϟ That's another for... so far. the casual vacancy is one of the most boring books i've ever read. stru
Post a Comment
Read more + comment » 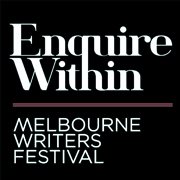